A friendly game on 19 July between two mixed teams made up of Athens based players provided the opportunity for three recently accredited referees to gain experience in a match situation.

Since completing the RLEF Level 1 Match Officials course late last year, Alexandros Moutsatsos, Evangelos Kontaktsis and Manos Koufakis have had plenty of experience as touch-judges, but this was their first time with the whistle.

The fixture began with a minute of silence, in memory of AEK head coach Nikos Hatzinikolaou’s father, who had passed away earlier that week.  Due to the heat and reduced numbers of players, the match was played in three 20-minute intervals and each referee was given equal time in control..

The referees were shadowed by George Stilianos, a qualified match officials educator.

“I was more there to help get them get their field position right and did not interfere with their decisions,” Stilianos explained.

“If mistakes were made, the decision stood and I would simply explain afterwards what the mistake was.  This was the benefit of arranging a “meaningless” fixture, it gave referees more confidence to make a decision and act on their instincts.  I think all three of them did a great job and will be ready to referee proper fixtures very soon.

“The players were great too, they knew exactly what the purpose of this match was and that the result was not important.  They enjoyed the novelty of playing against their usual team-mates and also playing with players that are usually their opponents.

“With more matches being played every season, it is important that we continue to grow our refereeing ranks.  Matches like these are a good way to ease new referees into the trade.”

New referee, Evaggelos Kontaktsis stated, “It was a great experience. Referee requires concentration and composure in order to make quick decisions. I feel I handled it well and look forward to refereeing a full match in the future.”

For the record, the green team defeated the black team by a score of 54-22. 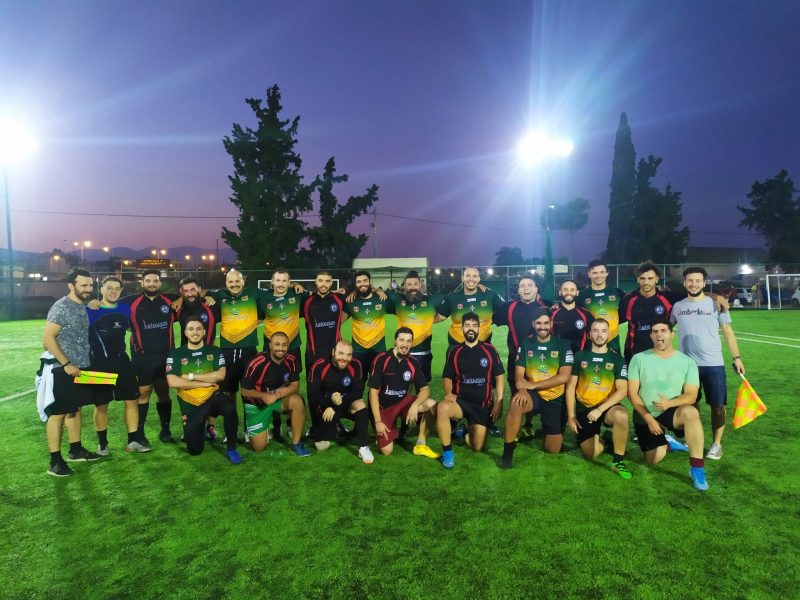